We live in a pretty small apartment near the centre of Cologne and unfortunately do not own a garden. And we don´t have a special waste bin to separate organic waste. All our landlords attempts to make residents separate their organic waste properly failed. To separate the organic waste from the plastic bag, in wich it is carried to the bin, seems to be too much for Joe Citizen. Thus so far we had to throw every organic waste in the residual waste bin. I have to say, for me growing up with a proper compost in the garden, it hurts a little bit every time I have to throw away potentially good potting soil. A real compost needs space and time though, which makes it not an option for our balcony. That leads me to an interesting experiment: A compost system for the kitchen.

It consists of two buckets, that are used on a rotating basis. When one bucket is full, it will start working on its own until the next one is full. Closed air tight, it promises to give no bad smells into our flat. Since it takes quite a while to make a good compost soil, we have to help it a little bit. We add Bokashi, a ferment from microorganisms, to accelerate the proceedings. This idea comes from Japan, which is known for its lack of space. As a further side effect, it produces fresh organic and liquid fertiliser that can be draught from the bottom of the bucket. Consequently, no carrying heavy flower soil and no buying expensive fertiliser and no packaging for those anymore… Sounds fantastic – if it does work too, I will try for you.
The first items found their way in already …

The bucket is halfway full. There is really no smell from the outside. From the inside there is just this discreet sourly, but not unpleasant smell, that was mentioned in the user manual. Using this bin is slightly more of an effort, then just throwing everything in one bin. The leftovers you put in there you have to flatten, to leave as little oxygen as possible in it. Then you strew some Bokashi on top of it and close the buket properly again. I don´t do this every time I have some left overs, but collect them in a bowl and only fill the basket once a day or so.

The first bucket is full by now. Everything works as planned so far. But slowly I start to wonder, what happens after my bag of Bokashi is empty. It doesn´t seem to be easy to get separately.

This update is more than past due I´m afraid. I filled both buckets as written in the manual. After the second one was full too, I took a look into the first one, to take out the converted flower soil. The sceptic ones of you can think of, what I found in the bucket. Well it definitely wasn´t soil. After some research I folded the content of both buckets in flower soil and left it be over a small journey to find myself. After I did find myself eventually after six month I came back and checked my compost again. And surprise, surprise – it looks pretty much like soil. Only some pieces look untouched. Avocado skins and stones and eggshells. 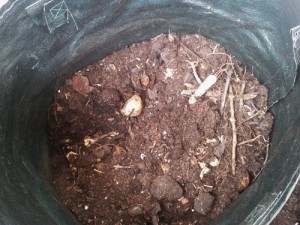 Résumé: I wouldn´d want to recommend these buckets. The ferment seems to work, but it needs a different handling. I saw some videos on the internet that looked quite successful. Maybe under different circumstances it can work quite well, but it is not as simple as it is meant to be. Furthermore the ferment is not easy to get, especially not if you want to avoid packaging. But the liquid fertilizer is a pretty neat bonus.

My next compost experiment is gonna be a worm composting box. Bonus here is not just soil and fertilizer, but also fresh worms for fishing whenever they are needed. If you can´t wait, just have a look at this experiment. 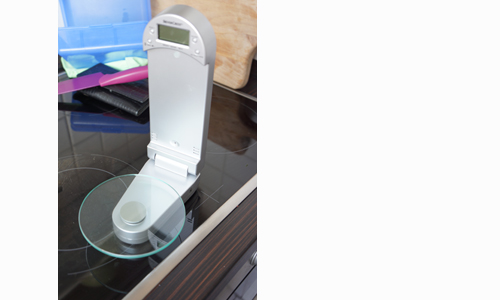 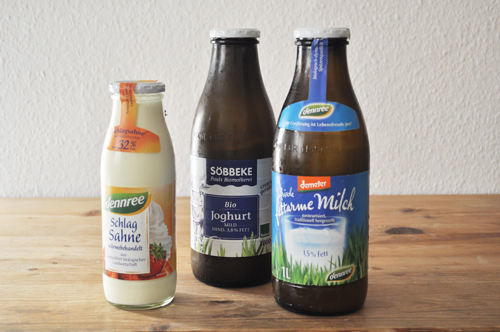 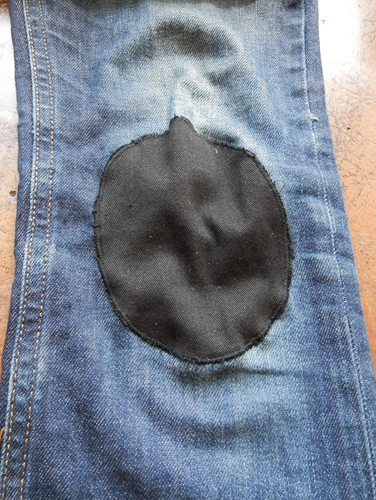 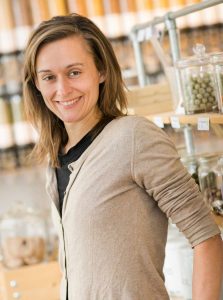